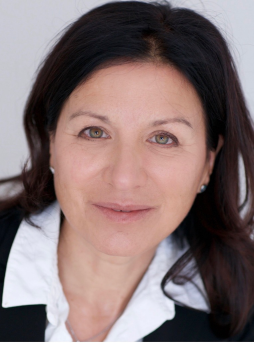 In 2018, I was a newcomer to politics who narrowly missed the chance of being able to serve  our Island in the role of Senator.

Owing to electoral changes, I am now standing as an independent Deputy in my home Parish  of St Brelade. Many Parishioners know of my work as Chairman of the St Brelade’s Bay  Association, which has fought insensitive development of the Island’s best known seaside  resort. It would be an honour to represent my Parish as a States Member.

In addition to acting as Chairman of the St Brelade’s Bay Association, I have been a local  volunteer for Beach Ability since 2018, helping to provide beach access to those with mobility  issues.

Since 2018, I also have served as an independent member of:

These roles have further highlighted to me how government is failing to serve Islanders well.

Many areas of government need urgent attention, not least because the ever-increasing  cost of living and of housing has made life harder for most Islanders.

More recently, I have been working voluntarily to facilitate the How Proposition list.

This collaborative project has been produced through extensive research within our public,  private and charitable sectors. It has uncovered how government gets in the way of good  government of service delivery through red tape processes and over-complicated organisation.

The How Proposition list identifies reforms that need to be made for government to improve  its productivity and value.

The sooner change starts, the sooner it can happen. If elected, I shall promote the How  programme within the States Assembly.

I have lived in St Brelade for the last 20 years. I have spent ten years before that living in the  Parishes of St Ouen and St Clement. Philip and I share our home with our two young dogs. Our  sixteen-year-old cat helps keep them in order.

My father left school at the age of 14 to work in a factory because his family could not afford  a better education for him. I recognise the value of a good education.

My mother was an immigrant, as was her father and grandfather. While I recognise the value  immigrants can bring to an economy, I also am aware of need to manage immigration carefully  in a small Island with limited resources.

Immigration should not be used to avoid addressing local economic issues and training needs.

I support helping others break the poverty cycle yet appreciate public finances need to be managed responsibly and the role a healthy economy plays in social reform.

I am good listener who cares about community and the environment. As a former lawyer, I am passionate about fairness and democracy. I am known for not shying away from public engagement and for speaking truth to power.

WHY I AM STANDING

Many of the concerns for our Island that prompted me to run a Senatorial campaign in 2018 have not been resolved. In many ways they have become worse.

Some areas of government have been officially declared unfit for purpose. Its decision-making  processes have been found to be defective. It hurts our community even more when its political  leadership is unfit for purpose, makes poor political decisions and is not made accountable  either.

The Island’s health, democracy and economy have all suffered during the pandemic with many  of us losing family members, health, business income and jobs. The cost of food, heating fuel  and of housing have all soared.

Political decisions since 2018 have led to:

My years of campaigning to protect public enjoyment of St Brelade’s Bay and its local visitor  industry has provided me with a detailed knowledge of the planning system and its flaws. It  also has made me acutely aware of the lack of active protection of the Bay’s future visitor  economy by the Island’s Economic Development Department.

The Island needs to restore former prosperity in new ways. Failures in managing our economy  and public finances stand in the way of social reform. Precious cash reserves are now  supporting huge loans government has never needed before.

Public money is being used to prop up businesses that cannot support our tired economy. Our  population has a relatively high proportion of Islanders in their late fifties and older and Jersey  risks becoming a retirement colony for the wealthy. Assuming Islanders wish to have a  different destiny for the Island, we need to change the government economic and financial  management that has set us on this course.

For more information on the ‘How Proposition List’ please visit how.je